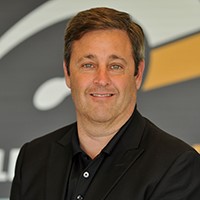 Sean Stapleton entered the automotive software industry by co-founding IMS, which was later acquired by Who’s Calling. He worked as Vice President of National Accounts and as Vice President of Automotive Sales for Who’s Calling, where he defined market expectations for the emerging Call Measurement and Monitoring industry. He later co-founded and established Visible Customer as an automotive market brand.

Sean joined VinSolutions as the Executive Vice President of Sales in August 2010. Later named Chief Sales Officer and appointed to the VinSolutions’ Board in 2010, Sean was a key component in executing the next step in the company’s evolution: making the industry aware of its successes and new solutions.

VinSolutions realized growth of 678% under Sean Stapleton, contributing directly to the company being ranked by Inc. 500 in 2010 as the 33rd fastest growing software company and the 447th fastest growing company overall, and listed again in 2011, 2012, and 2013! Sean was Chief Sales Officer when AutoTrader.com purchased VinSolutions in June of 2011. He ultimately became the Vice President of Sales and Marketing at VinSolutions before leaving the company in 2014.

Sean is a highly regarded sales leader and author in many top automotive trade magazines and a respected events speaker. With memberships in all major automotive networking groups, Sean’s expertise, leadership, and successful track record are sought as a consultant and mentor to many.

In addition to his work in the automotive industry, Sean Stapleton works as a major fundraiser for Merrick Inc, a non-profit organization whose goal is to empower adults with disabilities through vocational and social opportunities. Sean resides in Minneapolis, MN, with his wife and three children.

Sean Stapleton is the CEO and Co-founder of Dealer Teamwork, an award-winning company that creates a significant competitive advantage for dealers with their impressive lineup of first-class solutions. Sean’s storied experience in the automotive industry (IMS, Who’s Calling, VinSolutions) coupled with his extraordinary leadership skills and successful track record, making him a revered consultant and an esteemed mentor to many.

He is widely regarded as an extraordinary sales leader and is also admired for his fresh insights and brilliant contributions to several top automotive trade magazines. Sean is a popular speaker at numerous automotive events and a highly respected member of the automotive community.

Sean is also a family man and long-time Minnesota resident! He was born in New York but grew up and went to school in Minnesota’s Twin Cities metro. Outside of work, he loves spending time with his wife and three children.

Dealer Teamwork was founded around our core product, the MPOP™, which is a Merchandising, Personalization and Optimization Platform. This tool is a simple software solution to syndicate marketing content cross-channel in real-time. It puts dealers in control of their success by empowering them to manage their marketing message in the platform and adjust it at any time with one update.

Sean helped found Dealer Teamwork in Eden Prairie, MN in October of 2016 because he saw something truly game-changing for the automotive industry. The digital shopping experience is rapidly changing, and the industry needs to adapt quickly to the modern shopper’s behavior. The MPOP™ is helping close the gap with each new dealer, OEM, and industry partner that joins our team!