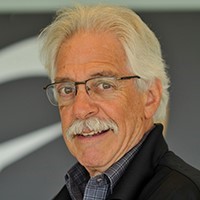 Beginning in Philadelphia, Pennsylvania at the well known Lower Merion High School (Kobe Bryant) and continuing on to The University of Oklahoma, Mark Brodkin initiated a career in the Apparel and Automotive Industries featuring his highlighting aspects of motivational speaking and personal development guidance that saw Mark take his talents to Miami, Dallas, New York, and Los Angeles.

Mark always was an integral part of huge volume increases accompanied by outstanding and measured personal growth resulting in unsurpassed customer loyalty in an atmosphere of remarkable minimization of consumer attrition. This translated into Brodkin’s signature philosophy of significant business principles– “People do not care what you know until they know you care.”; Caring, Integrity, and Execution always lead you to profitable and ultimate success.

Mark lives in the South Bay area of Southern California with his Wife and Partner of 36 years, close to his three Children and four Grandchildren.